I was 19 years old when my grandmother on my mother’s side was diagnosed with breast cancer. At this point she had her breast removed without reconstruction. She didn’t receive neither radiation nor chemotherapy, possibly because she declined – but I’m not sure. Then there was spreading to the thyroid, so that had to be surgically removed. Subsequently she had difficulties talking. I visited her at the hospital at that point, she was the same person I always knew, strong and positive. I still didn’t realise how serious this was. Shortly after it spread to her lungs and a few weeks after she found out, she passed away. It all happened very fast and the circumstances was tough, just like much of her life. She had so many hardships. She got married and pregnant at the age of 20 and since my mom got me at 23 years old, she was a very young grandmother; I was so certain she would be with me for many years.

She was very close to me, I had planned to move in with her after graduation which was only months away when she died. I lived in Sweden but was moving to Copenhagen to study after high school and wanted to help out with her daily life. I had spent many summers at her place as a kid, being spoiled with my favorite magazines and lots of candy. When I got older we enjoyed a glass of white wine together and talked about love and life. I loved the thought that she would see my future kids, being a great grandmother to them. I loved her very dearly; her loss came completely unexpected to me. I remember the time my mother told me she had breast cancer, I didn’t think of it as a very dangerous disease. I had never lost anyone close to me, I simply couldn’t grasp the gravity of the situation. I guess it was a combination of being young, caught up in my own world and living far away, not seeing how ill she really was. I was sure they’d just get rid of the breast and all would be fine. It most certainly didn’t and my world was never the same again.

The breast cancer now became a part of our family history. It became a factor in our life. Until recently I didn’t actually know how much this had been clouding my mother’s mind. She told me she was checked regularly and that she was certain she would get the disease too. She even asked her physician several times to be screened for the genes responsible for breast cancer, known as BRAC1 and BRAC2, but he found no reason to do it; my grandmother was older than 60 at the time of her cancer and no other women in the family had had cancer.

No one until the day her daughter was diagnosed with it at age 36. Now it became scarily relevant. I was shortly after being diagnosed contacted to get the gene screening; the mere reason being under 40 at the time of diagnosis. The fact that my grandmother had had the disease didn’t make my odds any better. The likelihood of having one of the two genes, known to cause cancer in women with great rate, change for the worse when you get breast cancer at a relatively young age. The implications would be wast. Finding one of the two mutations in my blood sample would mean my mother would most certainly have it. My sister and my daughter would be 50/50. And my nice might be involved too. Many women that find one of the two mutations opt to remove breasts and ovaries prophylactically, which by far is the best treatment, instead of waiting for the disease to kick in. The strain of this was so huge that I actually cried when my sister told me she was expecting a baby boy; at least there would be one less affected family member in the worst case scenario.

I have got to know a lot of fierce and strong women throughout this road I’m on. At one point I got this piece of advice when I told an online support group about my worries concerning the gene mutation “One thing cancer taught me, you can’t expect things to go smoothly anymore. Take nothing for granted. Always be prepared for something worse and deal with it. This is your life now and you still need to live it.” I have also gotten to know a lot of women being diagnosed with this gene mutation, the previvers, and they show that this can be done too. It’s just another bump on the road you need to handle. It’s a thought one, but still you just need to move on and do what you got to do. No matter how many bumps there are, this is still my life and I’m still going to live it to the fullest. This is my plan no matter what is still in store for me.

This Tuesday I got an email telling me there was a digital letter from the hospital. This must be it. I froze. My husband Thomas wasn’t to come home for another hour. I had promised myself I’d only look at the result together with him. But I couldn’t wait. I scrolled down.

“There is NO evidence of BRAC1 or BRAC2 mutations in your blood sample” I just began to cry out loud. This is the best news I had in a very, very long time. The first good medical news since all of this began in January this year. It feels as though every time I gotten a result it was always 10 times worse than expected. Not this time. For all I know my breast cancer is just plain bad luck. It is still recommended that my sister and daughter be checked yearly after their 40th year; their risk of getting breast cancer is double that of the average. But I do not have the gene mutation and that is such an unbelievable relief. 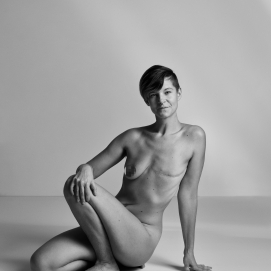 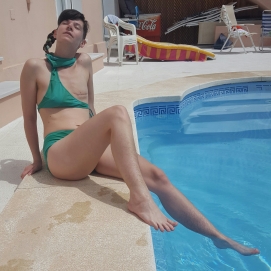